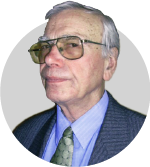 Areas of expertise: criminological science and forensics, theory and methodology of judicial identification

Valentin Koldin is a legendary scientist, the ultimate authority in forensics and criminology, in the theory and methodology of judicial identification, and in information technology for procedural proving

His personal input in building up the science, branch of law, and field of study of Criminology and Theory of Inquest is beyond estimation, as is his contribution to the establishment and development of the scientific school of criminology

Mr. Koldin has closely collaborated with the All-Union Research Institute of Forensics since the date of its foundation. He is the head expert of the Russian Federal Forensic Centre

Valentin Koldin is on a number of scientific, dissertational and specialist bodies, he is an active contributor to the work of international scientific/empirical conferences and lawmaking taskforces. Mr. Koldin was on the taskforce, formed by the National Duma and the Research and Methodology Council under the Government of RF, developing the IT concept and programme for the Judicial Department of the Supreme Court of RF, and the draft bills “On the Fundamentals of Expert Work in RF,” and “On Official Forensic Examination.”

Mr. Koldin is a published author of more than 160 research works, including Judicial Identification – the handbook of Russian judges, and essential manuals for forensic experts in the Interior Ministry and Justice Ministry system

For his meritorious achievements in the advancement of science and education, Valentin Koldin has been awarded the titles of Honoured Lawyer of RF, Honoured Scientist of RF, Professor Emeritus of Moscow University