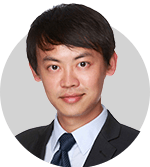 Area of expertise is Dispute Resolution

Joe oversees dispute resolution proceedings under HKIAC’s auspices, develops HKIAC’s rules and procedures, and promotes HKIAC’s services worldwide. He has acted as secretary to multiple tribunals in HKIAC-administered matters. Joe was a member of the HKIAC Rules Revision Committees which oversaw the drafting of both the 2013 and 2018 HKIAC Administered Arbitration Rules. He was also one of the key contributors to Moser & Bao, A Guide to the HKIAC Arbitration Rules – a detailed commentary to the 2013 Rules published by Oxford University Press