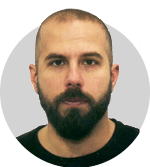 Antonios studied law in Athens, New York, and Oxford, during which time he also worked as a Researcher for the Hellenic Ministry of Foreign Affairs in Athens and New York and for the UN Office in Geneva, and as a Graduate Teaching Assistant for the Faculty of Law at Oxford.

Antonios regularly provides advice to states, international organizations, and private entities on matters of public international law. He has acted as counsel, advisor, or assistant to counsel, and has provided expert opinions in a number of cases before international and domestic courts and tribunals, including the International Court of Justice, EU courts, the European Court of Human Rights, ad hoc and ICSID arbitral tribunals, and the High Court of England and Wales. He has also provided training in international law to domestic judges, as well as diplomats, military officers, and other government officials.