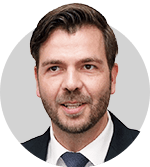 Professional experience: 15 years of experience in research and legal advice in the field of insolvency and restructuring law

He is a member of the International Insolvency Institute and a Founding Member of the Executive of the Conference of European Restructuring and Insolvency Law (CERIL). In 2017 he was mandated (with two colleagues) by the German Ministry of Justice to evaluate the 2012 reform of the German Insolvency Code

With Prof. Bob Wessels (emeritus, Leiden University) he led the Project on the ‘Rescue of Business in Insolvency Law’ of the European Law Institute from 2013 to 2017. He has published in prominent legal journals in Germany, Europe and beyond, including a treatise on the fundamental and doctrinal nature of rescue plans entitled Der Insolvenzplan