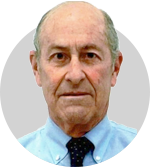 Mr. Brooks’ area of expertise is development and implementation of international rule of law programs around the world, bankruptcy and reorganizations, litigation, commercial transactions, and general business law

His current professional activities include membership in and serve as an officer or board member of the American Bankruptcy Institute, the National Conference of Bankruptcy Judges, Rotary Club of Denver, Rotary Foundation, University of Denver Alumni Advisory Committee, Nanda Center for International and Comparative Law, Denver Committee on Foreign Relations, and the U.S. Russia Foundation

He has been assisting with the development of judicial training and court management programs in organizations such as the U.S. Russia Foundation, the Library of Congress Open World Leadership Program, the Central and East European Law Initiative, the International Judicial Relations Committee of the United States Judicial Conference, the United States Department of State, and The World Bank

Author of articles for numerous professional organizations, schools and publications

Лекции
Specifics of the Work of Bankruptcy Judges in the U.S.
Дата записи:
40 MIN